Slowly, I am returning to this project.  Time away has been eventful; the Analog Loyalist batcave has a new location and, after meeting the band, a new appreciation and outlook on this series. 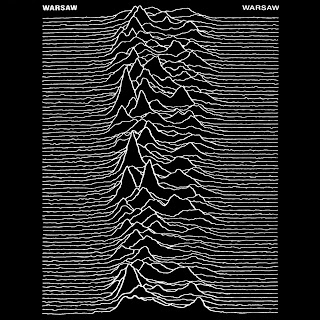 So it is that I slightly divert from this blog's stated mission and bring to you my remastering attempt of Joy Division's legendary 1978 RCA album sessions bootleg Warsaw, from the original 1989 CD release on RZM.  It's critical to disregard any other known CD release of this bootleg, because the most common version, 1994's Movie Play Gold CD issue of this, is flat-out terrible.  Too (FAR too) bassy, low-quality source material, the works.  I suspect the best bootleg version of this session is the original 1981 LP issue (also on RZM), but I don't have a line on a decent transfer of it.

Legend has it that RZM is code for (Alan) Erasmus, an original Factory partner who, with Tony Wilson and Peter Saville, started Factory Records in 1978.  The legend states that Erasmus (say it aloud, and then say R-Z-M) arranged the 1981 bootleg release of the aborted 1978 album, and then further arranged for the material's first appearance on CD in 1989.  Frankly, I believe it.

None of the CD releases of this set have been spectacular in sound quality.  I think the problem is that the original tape was not that great, and that the mastering-for-CD process - possibly to disguise vinyl lineage, as I suspect that the original LP was the ultimate source for all the various CD issues - really clamped down on the upper midrange and higher frequencies.  It's always sounded muffled, and boomy (the 1994 Movie Play Gold release, with the baby on the cover, is the worst in this regard).  I've fixed this.  I've also fixed up some of the harsher song starts, as it's easy in the digital domain (ain't no ProToolin' in 1978!) and the CD has a few of the intros cut off.  Why did I fix them?  Because the missed intro to "Transmission" has always bugged me, among others.  "Interzone" too.

I think this is the best we're going to get with this material.  Already it blows the few tracks released on 1997's Heart and Soul box set away, and unless someone leaks the original mixdown tape from the 1978 session, we won't find better.  That said, I do have a line on a dub of a band member's personal cassette copy of this session, but I don't have it handy and what I remember from listening to it when I did was that it wasn't really all that much different or better than the '89 CD release.  I am trying to dig it up again, and if it does indeed better this, then I will tart it up and post it as well.

Enjoy!
Posted by Analog Loyalist at 11:25 AM